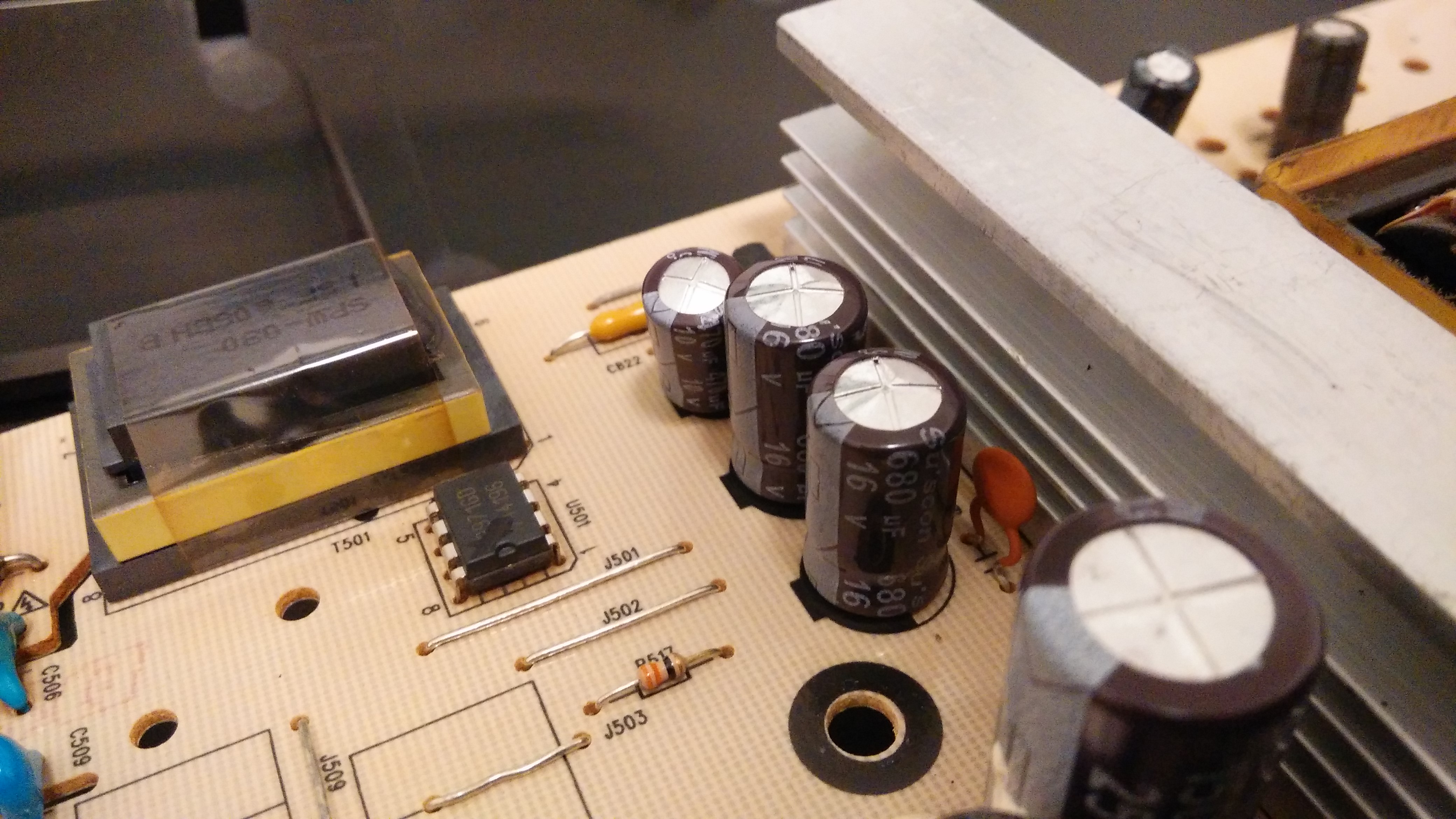 Cheap and easy to fix

Fortunately, it doesn’t take a rocket scientist to bring the flat screen back to life. The only tricky part is not to damage the plastic frame during disassembly. Once you have access to the PCB examine the electrolyte capacitors: If the surface of the top cap is convex buy a new capacitor and replace it. In my case several capacitors had to be replaced: 1 x 10V, 470μF and 2 x 16V, 680μF. Cost of those components: ~ 1€. After putting everything back together the fixed flat screen monitor should work for another couple of years.