Finally, I got everything in place to build a very basic portable satellite tracker. Well, sort of: A bunch of servos, a bluetooth slave module, an Arduino Uno and – of course – the antenna. While those parts are great to do some preliminary experiments I decided to order mounting material, enclosure(s) and batteries (to power the servos in the field) afterwards. In the end the entire assembly should be one single part. So, doing some tests with the servos will give me a clear picture where to put all the components so that the satellite tracker can be mounted on eg. a mast hassle-free. 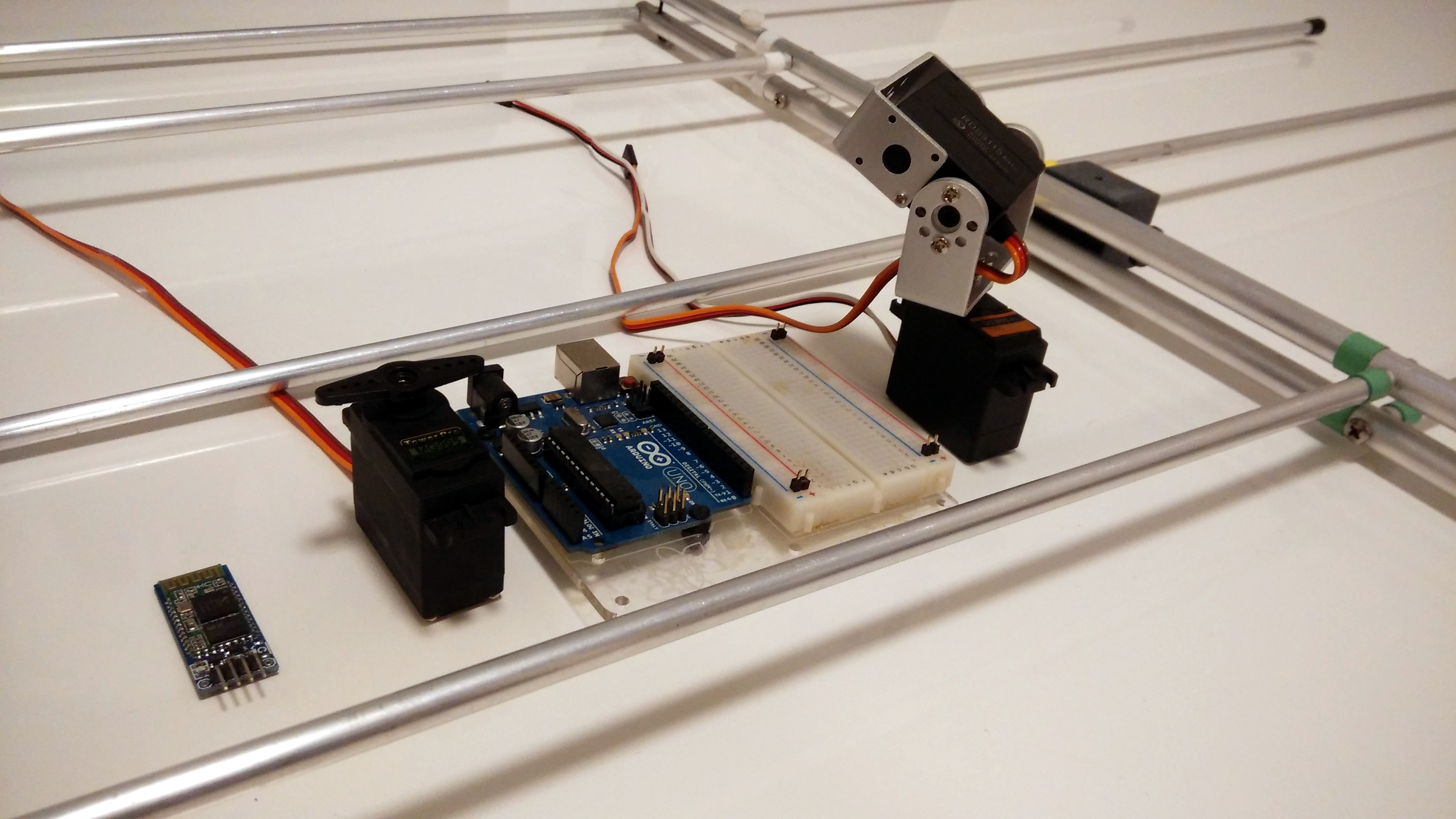 Satellite Tracker Components, from left to right: HC-06 Bluetooth Module, Tower Pro MG995 360° Servo, Arduino Uno (w/ Breadboard for prototyping purposes) and a “robotic arm kit” consisting of a RDS3115MG and a DS3115MG servo as well as mounting brackets. Too massive to fit on the picture: 2m/70cm Portable Log-Periodic Antenna

The tricky part is yet to come: Ruling out the option to control the tracker with a laptop (for weight reasons) I will have to code an Android app so that satellite trajectory data can be obtained from the internet with a smartphone. The app will then continuously send pre-processed data to the Arduino which will constantly steer both servos, hence, pointing the antenna towards the satellite.

A note about servos & stepper motors

Since the DS3115MG servo – which comes with the robotic arm kit – does not cover 360° I bought an extra continuous movement servo (Tower Pro MG995). Now, as you might know, while it is possible to set the position of a “normal” servo (eg. 95°), that does not work with continuous movement servos where you control the turn direction (left /right) and the speed. So, for the preliminary tests – where I will manually control both servos with a joystick – that won’t be a big issue. But considering the initial idea – having everything automated – it won’t be easy to achieve that with a 360° servo. It would either require additional sensors (digital compass module) or a lot of maths.

Many hams who already built satellite trackers therefore use stepper motors which are also used in 3D printers. But – since I enjoy challenges – I will try to realize the project with a continuous movement servo anyway 😀

A hint on the side: Watch out when buying a 360° servo on the internet (especially on wholesale platforms). Servos like the Tower Pro MG995 have a long history of being cloned. So it might happen that you buy a poorly manufactured clone of a clone of a clone which is advertised as a 360° servo but really isn’t.